How Many Solar Panels Do You Need? 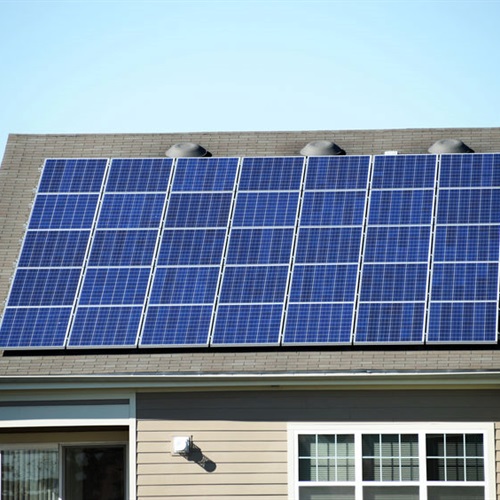 Many people are turning to solar power to cut their electric costs and to better the environment. Some, in jurisdictions where it’s allowed, are selling power back to the grid to help others. While it is true that not all people can provide 100 percent of their power through solar, a great majority of them can provide at least 70 percent. That alone cuts their power bill immensely. Here are the steps to figuring out how many solar panels you need:

Figure out how much power you use each month. If you budget bill, don’t look at how much you paid monthly. Look instead at how much you used. Multiply the kilowatt-hours by the rate per kWh. That will show you how much you would have paid monthly had you not been budget billing. Assuming you’re shooting for the 70-percent mark, multiply the amount you paid in a year by 0.7. You will need enough solar panels to generate enough energy to supplant that amount.

Figure Out How Your Usage Will Change Over Time.

If you plan to have kids, install a hot tub, upgrade your computer, or any other items that will increase your usage, figure out the difference and apply it to the numbers you have already generated.

Check Your Average Sunshine Per Day.

Examine one year’s worth of your power bills. Add up all the kWh used. Divide by 365. That’s the number of kWh per day you use. In round numbers, if you used 15,000 kWh in a year, that’s 41.09 kW per day. Call it 40. So, because you’re shooting for 70 percent, that means that you need enough solar panels to generate 28 kW daily.

Calculate the Number of Solar Panels You Need.